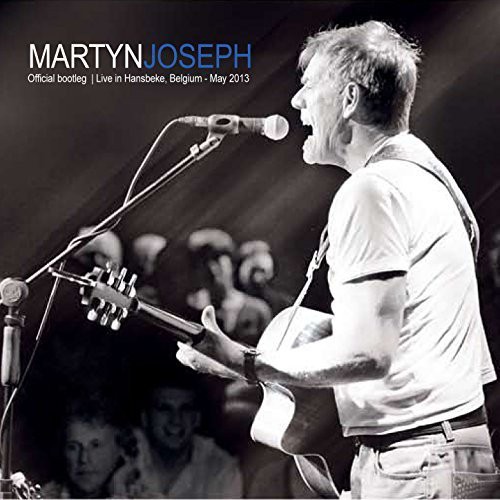 Beschreibung
Beschreibung
At the end of my European tour in May 2013, I played a show in Hansbeke, Belgium. Playing as... mehr
Menü schließen
Produktinformationen "Joseph, Martyn - Official Bootleg Live in Hansbeke 2CD"

At the end of my European tour in May 2013, I played a show in Hansbeke, Belgium. Playing as many concerts as I do each year, I would like to think I'm always pretty gig fit, but this night was one of the special ones. Most of the notes landed in a good place across the neck of the old faithful, and the voice found that integral connection with an audience, who, in an intimate setting, gave as much as they received. We had recorded the show as a straight feed at the back of the hall, and when I listened back some months later, I was surprised at the quality and clarity of the recording and immediately thought about it becoming the third in our bootleg live series. We cleaned it up a little and, although I couldnt mix levels, the result I think is a great record of a wonderful night. Im happy to put this out in the world, including someones buzzing phone, an improv song and, of course, the spirit of the music that makes community out of strangers and friends. - Martyn, September 2014

Between The Raindrops
CD2
Grace Is Everything
Not A Good Time For God
Falling From Grace
Medley: Talk About It In The Morning Turn Me Tender Brussels On A Friday Have An Angel Walk With Her
You're The Moment
Clara
Still A Lot Of Love
No Surrender
Let Yourself