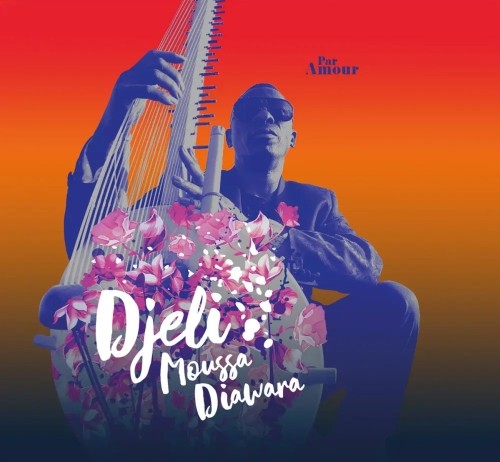 Djeli Moussa Diawara is a griot, deeply rooted in the tradition of his ancestors but also totally in tune with his time. A natural poet and a virtuoso musician, his eyes and ears react to the events of the 21st century and translate his observations and analyses into music. After bringing his immense talent to the heart of projects as diverse as Flamenkora, joining forces with American guitarist Bob Brozman, or co-founding the Kora Jazz Trio, Djeli Moussa Diawara now unveils Par Amour. Par Amour is a clever weaving of Mandingo traditions, African rhythms, Latin colours and electro-organic grooves. It bears witness to a generous musical harmony that welcomes the world by dancing. Djeli Moussa Diawara shines as a modern-day griot, singing of the mixed world, warning of its flaws and dangers, while carrying a message of hope and the strength of love with the utmost conviction.