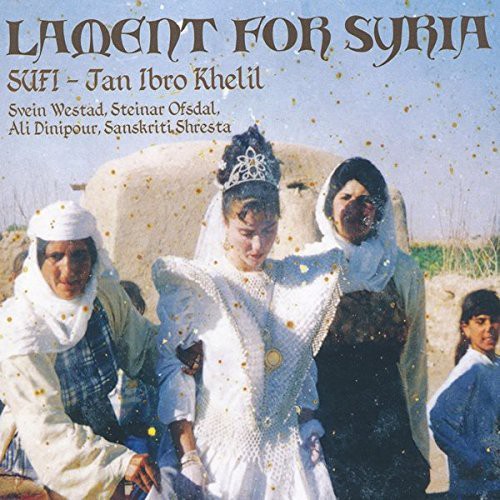 «LAMENT FOR SYRIA»
Syria is subject to enormous destructions. The vocal and folk music traditions of the country are in danger of being ruined and disappear. Since his fleeing to Norway in 2010, Jan Ibro Khelil has been deeply concerned in keeping alive these traditions. Khelil sings Kurdish folk songs, both new and old. In addition, he sings the old poems of the Sufi tradition of the country, some of which are contained in this CD. It is our hope that the CD: “Lament for Syria” will help to both focus on
and preserve the traditional songs and music of Syria.