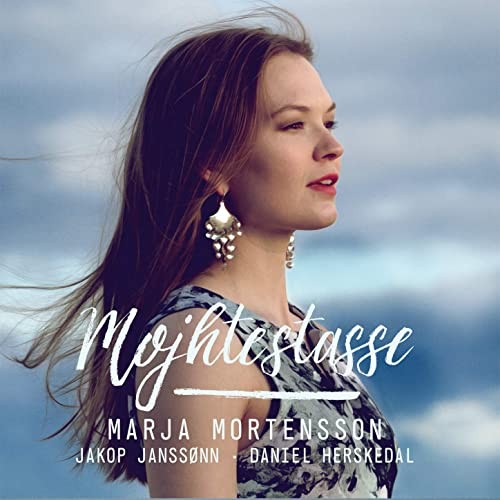 Just a few years after she released her celebrated debut album, Marja Mortensson is ready with her new release.
This time she has chosen to make her amazing voice become even clearer - through a minimalist and acoustic production where the joik and roots become even more
prominent. The unique crew with Daniel Herskedal on the tuba bass trumpet and Jakop Jansson on percussion creates an intimate feeling and a wonderful live sound. The
album celebrates Marja's voice, music and its roots in her southern and ume saami heritage in a completely new and breathtaking way!