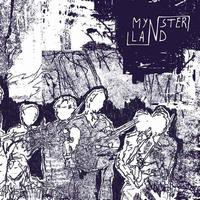 In November 2016, the young band Mynsterland was awarded by the Danish Music Award as the "New Danish Folk Talent of the Year 2016"
- Here they present their debut CD (6 tracks).


Friendship and joy from playing - simply put what Mynsterland is all about.
The 13 young musicians met for the ﬁrst time in 2011 at the South Danish Folk Music Talent Academy, where they were taught by internationally renowned ﬁddler Harald Haugaard. He ignited a ﬁre within them, that is still burning strong - so much so that they are still playing together, even though they now live all across Denmark and study everything from music to medicine.
The band consists of some of the most promising and talented young musicians and composers in Denmark. 'Contemporary Nordic Folk' are the keywords for their repertoire, which primarily consists of original compositions.
At the very ﬁrst rehearsal weekend, when the band was sitting together in the evening, listening to all the things that had been recording during the day, somebody said something that everybody resonated with: "You can tell that we like each other, you can tell that we love playing together"