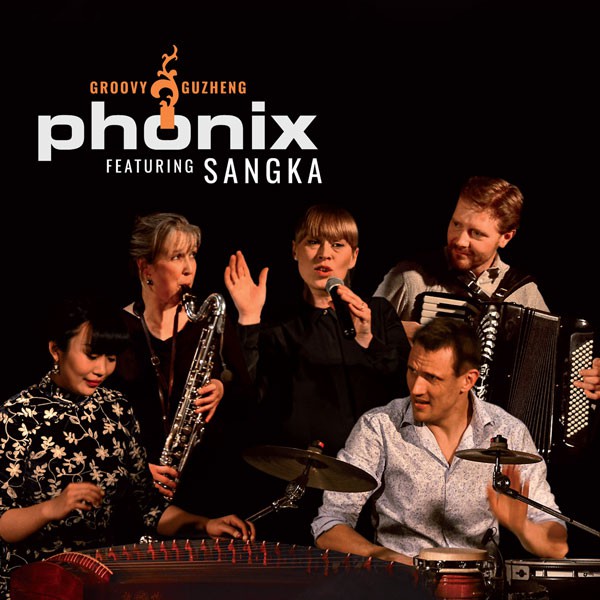 -A Chinese/Danish cultural and Musical Adventure

The Chinese guzheng has a dreamy pentatonic sound, which in a beautiful way plays up against Phønix's energetic groovy sound. The repertoire is a mixture of Danish folk ballads, traditional Chinese tunes, new compositions and improvisations played with virtuosity, humor, empathy and joy. It is a cultural meeting between two very diferent musical traditions and together they create a special and unique new sound universe.
Phønix and Sangka played together for the first time in October 2014 in Beijing during the opening of the new Danish Cultural Institute. In 2015 they played at SPOT festival and a 14 days tour in Denmark.
Sangka is a young upcoming guzheng player whom lives in Beijing and is educated at the Chinese Conservatory of Music. Sangka is in spite of her young age, already an acknowledged musician in China, where she even contributed to the opening music at the Olympic Games in Beijing in 2008. Abroad, Sangka has played at Womex09 and on tours in Germany and Belgium.
Phønix is one of the leading and most experienced Danish folk bands. Their unique sound has roots in the Danish and Scandinavian song and music tradition, but they bring it towards new horizons with a contemporary and unique tone, which points both backwards and forwards. Phønix's intense and energetic stage performance has taken them around most of the world on the biggest folk festivals, as well as the most intimate club stages. Phønix has released 8 Albums and has received 4 Danish Music Award.
Phønix's current album "NU" GO was released in the summer 2014 and received 5 stars in the wellknown music magazine Froots