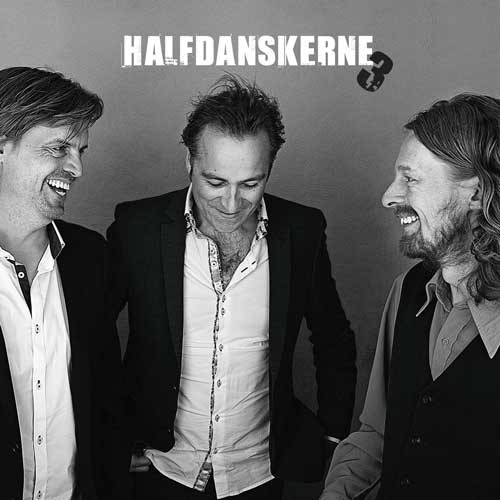 This is why the Danish folk trio Halfdanskerne, has named their new album '3'.

Halfdanskerne is Mads Westfall - guitar and vocals, Lars Grand - accordion and vocals, and Rasmus Vennevold - double bass.
The trio has been playing together since 2009, and has a leading position in the Danish folksong environment after numerous successful concerts with their personal interpretations of songs by the greatest Danish poets.

On the new album '3', the "Half Danes" (as the name could be understood in Danish) have strived to get as much of the energy from their extremely entertaining concerts on an album as well. They played and sang live in the studio, made some small corrections and adjustments, and never at any point, used more than the three instruments, which they would normally bring on stage.

The album was recorded at The Village Studio with Thomas Vang as technician and producer, was mastered by David Elberling, and is released by GO´ Danish Folk Music. So the album title '3' is therefore also suitable on the technical front.