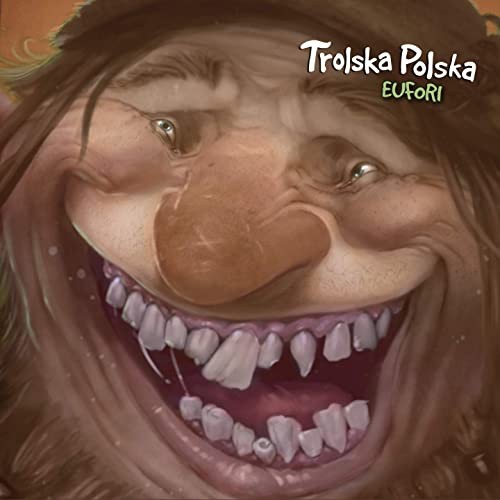 Beschreibung
Beschreibung
“For this album we have been searching to make something that is even more troll-like, and even... mehr
Menü schließen
Produktinformationen "Trolska Polska - Eufori CD"

“For this album we have been searching to make something that is even more troll-like, and even more poetic! During the process the idea emerged to compile the music of this album into one single coherent story; a small tale from the world of trolls!

I dare say that this is the most magical and extraordinary album that we have made to this date!” says Martin Seeberg - composer and head of the "troll pack" also known from bands such as Virelai, Valravn, Instinkt and Sorten Muld.

The album is richly decorated with custom artwork by the Danish fantasy illustrator Kent Overby Stück, and the physical CD comes with a small booklet containing a small story + an illustration for each track.

Like both of Trolska Polskas previous albums - Moss (2014) & Untold Tails (2016) - Eufori has been recorded mixed & mastered by the extraordinary Danish producer Louise Nipper at Soundscape Studio in Copenhagen.

The physical album including the 24p. illustrated booklet.