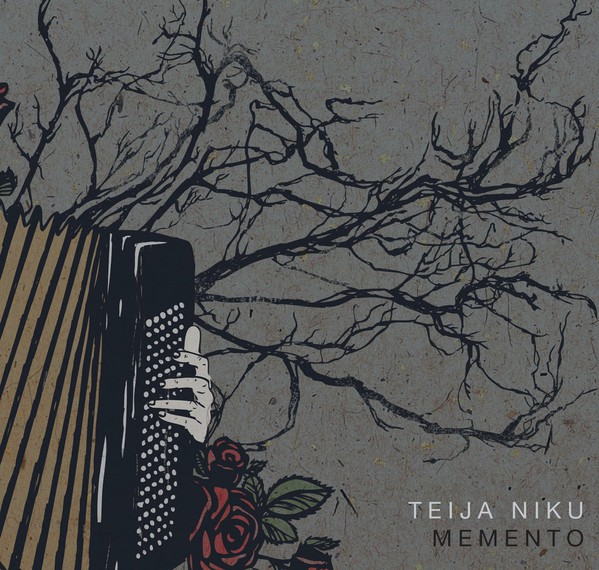 The album name Memento, meaning a reminder or souvenir, refers to musical memories that emerge unconsciously when we make music, and to the memories prompted in listeners  by the music they hear.
Niku named the last track on the album “Memento” when a listener told her after a concert that the tune, at that time still unnamed, reminded her of something from the past.
When making the new album, Niku didn’t want to restrict her composing to typical folkdance formats. Instead, she wanted to provide herself with more freedom by not building strict genre-based restrictions or putting herself in a box. In addition to Niku’s  compositions, the album  contains a new version of the Tapio  Rautavaara  classic “Humma”,
which uses horse riding as a metaphor for liberty. “Yksi ruusu – One Rose” mixes lyrics from a Finnish folk song with the Macedonian melody “Eleno Kerko.” The arrangements often grow from minimalistic to majestic, with the tones of different instruments meandering and interweaving, but there is also one track played solely on accordion.
Niku had long dreamed of creating the type of album that showcases numerous guest musicians and broad musical expertise; it was made possible with the help of Kimpi Huisman, who produced, recorded and mixed the album. With Memento, Niku is also founding a new Teija Niku Quartet, which plays its first concerts in Finland in August 2017.
Besides Niku the quartet includes Joakim Berghäll on saxophones, Juha Kujanpää on piano and Tero Tuovinen on double bass, all of whom also played on the album.