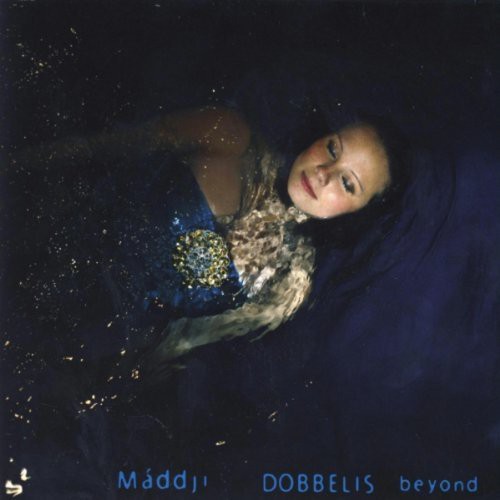 Dobbelis / Beyond is Máddji’s debut album. Her she introduces something a bit different in Sami music where she with her exquisite singing moves “Beyond”, to a world which only exists in dreams, where everything is more compassionate and the darkness is not frightening, but protective arms against the trivialities in life.
The lyrics are written by Máddji and her father, Nils Johan Heatta.
Many know Máddji both as a yoik singer and master of ceremonies. In autumn 2003 she got to know renowned musician Roger Ludvigsen, and he gave her the chance to lay vocals on projects he was working on. He recognised Máddji’s talents and encouraged her to go for singing and music. In addition to Roger Ludvigsen, her producers and musical partners are Patrick Shaw Iversen and Peter Baden, whom she got to know at The Sami Easter Festival in 2006, where Máddj was the master of ceremonies and performed as an intermission artist at the Sami Grand Prix.
Ánne Máddji Heatta has grown up in Karasjok and Kautokeino in Samiland in Northern Norway. On the CD she sings in her native language, which is Sami. All the lyrics are translated into English in the accompanying booklet.