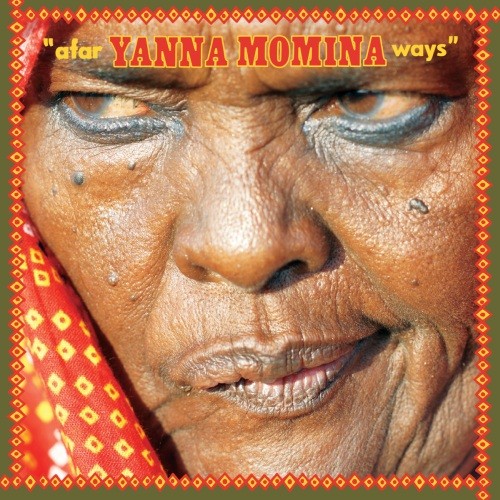 Yanna Momina’s Afar Ways was recorded live in a stilt-hut on the horn of Africa when Grammy-winning producer & author, Ian Brennan visited Djibouti in the spring of 2018. The album is beautifully focused around Momina's resonant vocals and the sparest of musical backings (acoustic guitar, handclaps, calabash). It is the 10th release in Glitterbeat’s acclaimed 'Hidden Musics' series. Music is not something the rural Afar people “do for show," Momina asserted, it is done for their own amusement at night. As Yanna Momina and Brennan recorded, the tide came in and they ended-up surrounded by water. Throughout the album, the thatch hut audibly creaks and rocks in the waves. Born in 1948, Yanna was discovered while accompanied on a two-string shingle played with nails and a matchbox for maracas. She made a name in the region not just for her thrilling vibrato, but for being the rare Afar woman who writes her own songs.