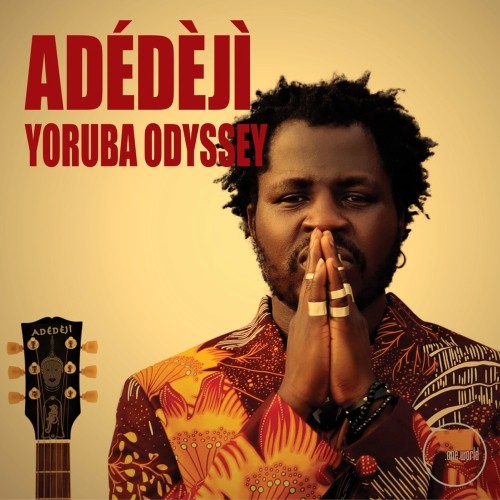 Beschreibung
Beschreibung
This is a project that goes back to the very core of Adedeji's roots. The result is a... mehr
Menü schließen
Produktinformationen "Adedeji: Yoruba Odyssey"

This is a project that goes back to the very core of Adedeji's roots. The result is a progressive Jazz-Funk record, influenced with vintage Afro Beat and Yoruba eclectic sounds, that greatly reflects his up-bringing in the metropolitan city of Lagos. A ten track educating, entertaining, feel good, funky album, that chronicles his interpretation of the music and artists that influenced him. From Soul, to Jazz, to Blues, to Funk, to the traditional Yoruba music he grew up with. 'Yoruba Odyssey' was recorded during 3 days in Lagos, Nigeria, at the legendary Afrodisia/Decca Studio, that has housed giants like Fela Kuti, King Sunny Ade and Ebenezer Obey to name a few. The album presents authentic and personal ideas with tremendous harmonies and tight arrangements.