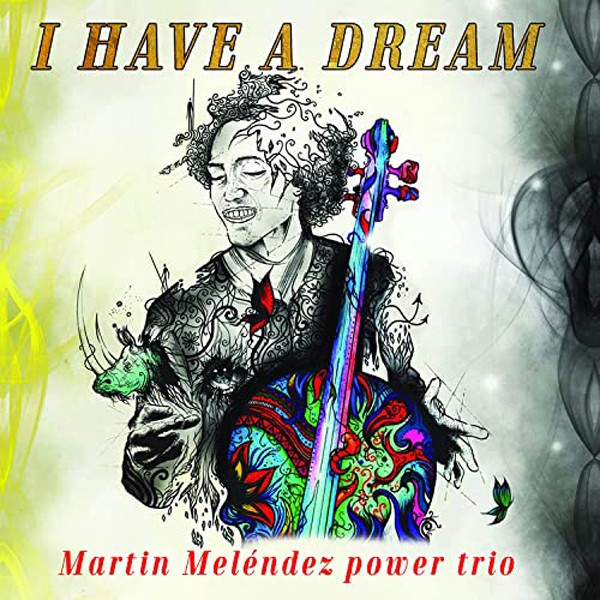 Beschreibung
Beschreibung
The Power Trio is a special one: it departs from the norm of jazz ensembles because, instead of... mehr
Menü schließen
Produktinformationen "Martin Meléndez Power Trio - I have a dream CD"

The Power Trio is a special one: it departs from the norm of jazz ensembles because, instead of a double bass, it includes the vibrant sound of a cello, which, in this case, is played by Martín Meléndez. This combination leads the audience to transit through fusions with diverse genres, with roots in diametrically opposed points of the planet.

Meléndez was born in Moscow in the early 1980s, raised in Havana and for almost two decades, based in Barcelona. That is partly because of the fusion that reflects his music. But also because of his knowledge of genres: of course, Afro-Cuban rhythms, jazz, flamenco, salsa, Middle Eastern music, jazz, gypsy jazz.

And all those fusions and conversations between cultures are captured in the Martín Meléndez & Power Trio's debut album, I have a dream (NarRator Records). “The album is a journey and a dream. Musically, it's a jazz of dreams”, the cellist explains. And it is precisely a travel because it invites the audience to the world evoking different places. Bolita is a song that reminds China. “I was working there for a long time, two years ago. And the pentatonic always stayed with me. And we made this song, which is inspired by the concept applied to girls who are fat, they are called Bolitas. The song has a little bit of oriental, Afro-Cuban music,” the artist says. The tour continues in America with two more songs: a bolero dedicated to the Venezuelan people, which is performed by the trio and an orchestra of Venezuelan musicians. And another, dedicated to Meléndez's Cuban grandmother, who was a storyteller, a selling thing on the street.

Martín Meléndez & Power Trio was formed in December 2018. The musicians met when they collaborated on Elephant tiny obsessions, a project that fuses Bantu culture with jazz, funk and electronics. Meléndez already had the idea of making his own music and when he met his colleagues, he invited them to participate.

Martín Meléndez & Power Trio have made their debut on stage at the in Cologne, Germany, at the 24th edition of the New Directions Cello Festival. They have also performed in Vienna. Their founder memeber has also performed on other stages such as the Palau de la Música Catalana, in Plaza del Rey (Festical del Grec), Harlem Jazz Club, Jamboree Jazz Club, among others. And he has also been part of other successful projects, such as Ópera y Flamenco, Flamenco Hoy, by Carlos Saura, Aupa Quartet, Traza Quartet, among others.