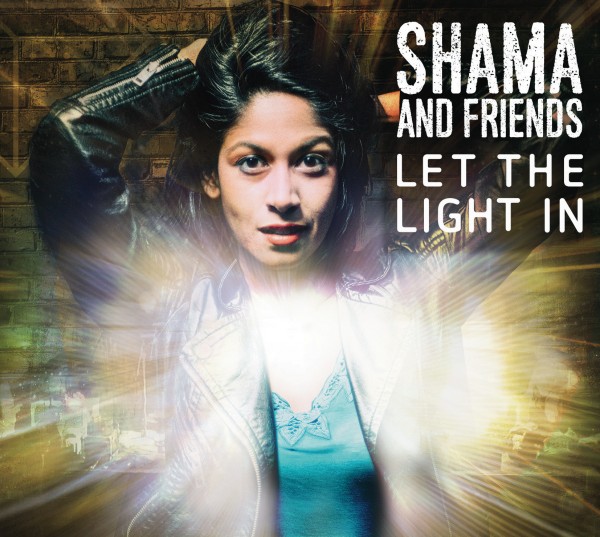 The territory of Shama Rahman's music ranges from London, her hometown, through the United States, Morocco, Hungary and even Antarctica, being just some of the destinations where her work has reached. The composer, multi-instrumentalist and singer has developed her music in genres such as live electronics, jazz, psychedelia, folk storytelling, urban and worldbeats, as well as classical Indian/Western melodies, using elements like her voice, spoken word, different instruments, media and technology. But, especially, her Sitar, a traditional instrument from India and Pakistan, a region in which her family has roots. In the artist's words: "I take the Sitar out of the traditional context across genres".

Her debut album was released in 2013. Each song in Fable: Time was a chapter of how time affects us. Two years later she released Life a time, an EP she recorded live. In 2018 she released another EP, which would be the preview of her next album released the same year, Truth BeTold.
And now she's getting ready to release her next album, Let the Light In (NarRator Records), in early 2020. It is a work that arose from the collaboration of artists in Shama's second participation in the Babel Sound Balaton world music festival and artist residency in Hungary, where the singer met Djordje Mijuskovic and his classic violin, and Daniel Abad and his groovy bass. Together they improvised and, accompanied by synthesizers and electronics, made this new production. Later, Laci Szlama, master of the koboz (traditional Hungarian instrument); vocalist Maria Keck; and Veronique Delmelle and her saxophone also joined in.

In addition to music, Shama Rahman also has a PhD in Neuroscience and has studied Musical Creativity from this field, which has been reflected in her work, as her compositions are conceptually inspired by her research. She was the first sitarist to play in the Antarctica, when she was part of the first Antarctic Biennale and presented part of her Truth BeTold. On that occasion she improvised with pioneering synth-technology from Roli synth inspired by Paradise Bay.

She has also played at numerous festivals like Manchester Jazz (UK), Bestival (UK), BoomTown (UK), Shambhala (UK), Green Man (UK), Secret Garden Party/Wilderness (UK) and on stages such as Southbank and Roundhouse. She received an Excellence Award (Help Musicians), has been Commissioned by composer’s residence 'Take V' (Serio) and has been a Sky Arts scholar and Artangel finalist.